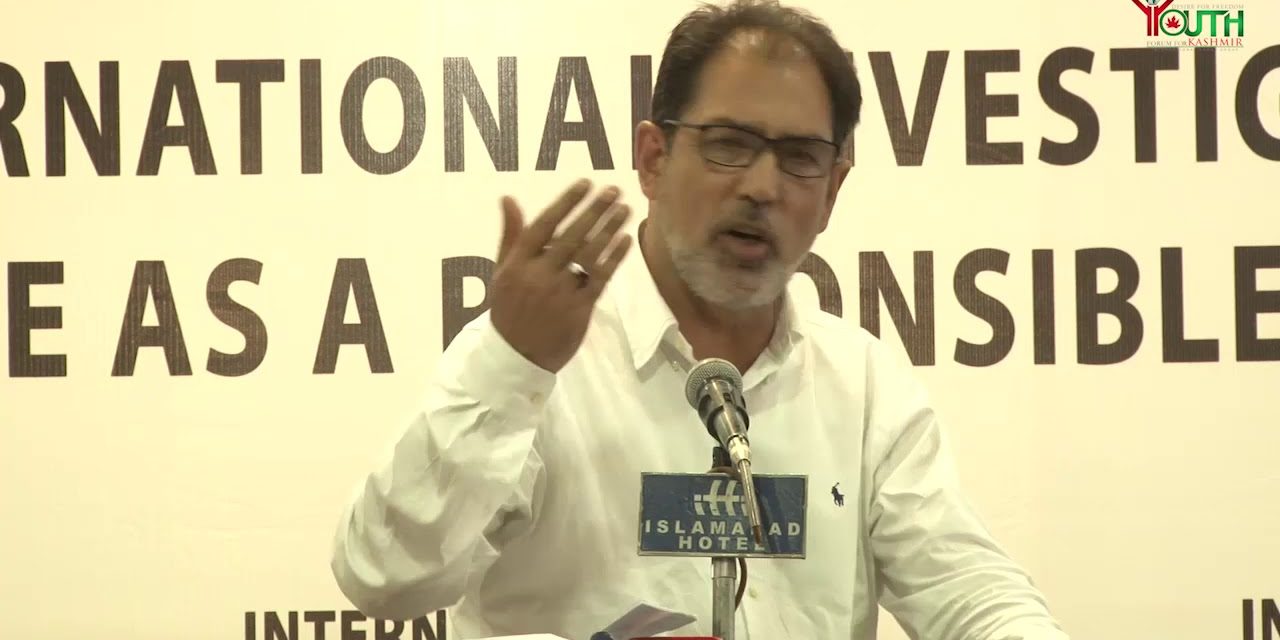 Islamabad: Voicing his serious concern over the prevailing situation emerged after the Corona virus outbreak the senior Hurriyat leader and senior vice chairman of Jammu and Kashmir National Front Altaf Hussain Wani has urged India to allow world health organizations and medical experts entry into occupied Kashmir to help identify and treat the victims besides controlling and containing the further spread of the virus in the region.

In a statement issued here on Wednesday Wani said that amidst the prevailing political and human rights situation in the restive region there was a serious threat of spreading the epidemic within the occupied territory. He said that people in the occupied territory had no adequate health facilities available to tackle this menace that has unfortunately swept many countries.

He said that under the given circumstances it was quite difficult to know what steps the occupied authorities have taken to control the spread of the virus. Stressing the need for immediate restoration of internet facility, he said that the lack of internet in the region has further complicated the situation as no information about corona virus victims was available to the people.

Referring to overcrowded Tihar Jail in New Delhi where top rank Hurriyat leaders including JKNF chairman Nayeem Ahmed Khan, Shabir Shah, Yasin Malik, Asiya Indrabi, Massarat Alam Bhat and others have been imprisoned for past couple of years Wani said, “Corona virus poses serious threats to prisoners who have been held in extremely pathetic conditions”. Prisoners he said were at high risk of serious infection from corona-virus, which he said has become a global challenge.

Demanding the government of Indian to implement international protocols for quarantine and treatment of affected persons Wani said government of India allow foreign health experts to Kashmir to assist on ground situation in the region. The JKNF leader also urged the world human rights organizations to put pressure on India to release Kashmiri prisoners whose lives in jails are at grave risk of harm.

Meanwhile, in a separate statement, the JKNF spokesman demanded the government of India to release all political prisoners who have been kept under preventive detentions in different jails in India. “Hundreds of Kashmiris have been arrested and thrown behind the bars under the pretext of fake cases”, the spokesman said. “Since the corona-virus epidemic threatens the lives of prisoners all across the glove there is a dire need that government should release all prisoners without any further delay”, the spokesman said.