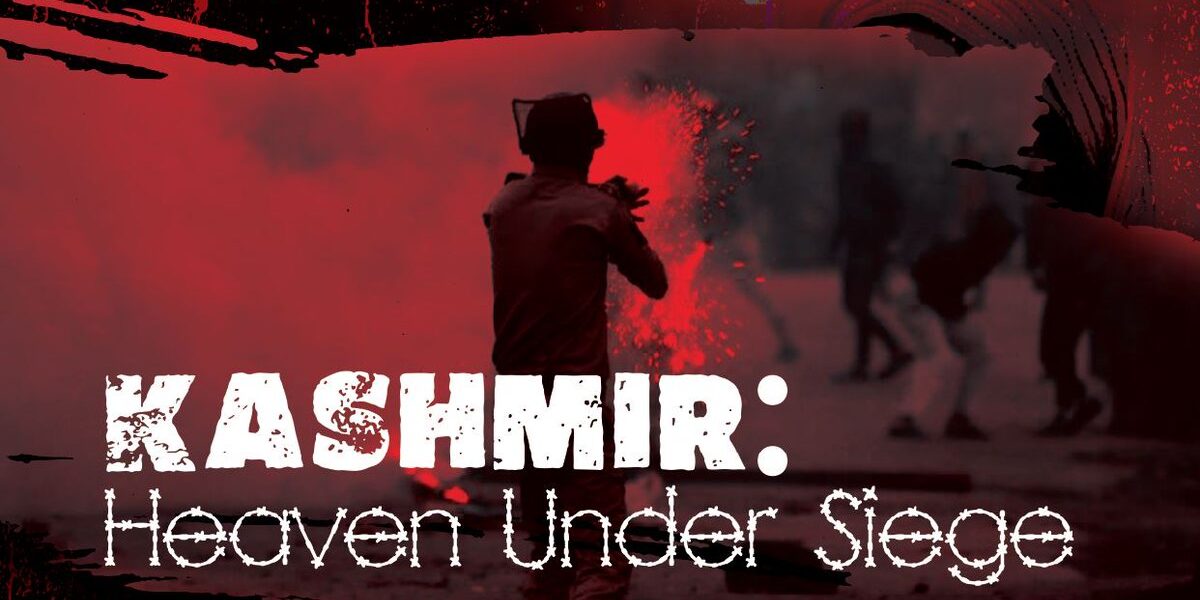 Why the US should take a firm stance with India

Paraphrasing Edmund Burke: All it takes for evil to succeed is for good people to do nothing. The human rights abuses now being conducted on the people of Jammu and Kashmir by the Indian government can be brought to a halt if the United States would take a firm stand against Prime Minister Narendra Modi’s aggression.

Both the European Union and the United Nations have recently released reports documenting human rights violations in Indian Illegally Occupied Jammu and Kashmir (IIOJK) in an attempt to pressure Modi to cease and desist his aggression in Jammu-Kashmir. Three times since August 2019, the UN Security Council (UNSC) has held discussions of IIOJK, debunking the false claims that this is an internal Indian matter.

Instead of standing firm against human rights abuses, the United States seems to be trying to appease Modi and further gain his allegiance in an effort to curb China’s growing influence in the region.

The initial problem was created when Britain ended colonial rule in 1947. Application of geography, ethnic and religious logic would have resulted in the Jammu-Kashmir region being yielded to Pakistan.

Trying to buffer a wrong and honor the people of the region, Article 370 was placed in the original Indian Constitution to guarantee semi-autonomous rule of Kashmir. The intent was for India to maintain control of foreign policy and defense matters. Legislative, judicial rule and emergency powers belonged to the local citizens under “special state status.”

In August of 2019, Modi revoked the constitutional state status, declaring the region “Union Territory” completely under the control of the central government. This action was the beginning of a siege. Before the end of the year, the Indian government removed citizen status from the region’s Muslim population. Government construction of concentration camps immediately commenced.

Consolidating the Muslim population, into what many consider concentration camps, without proper food and water, ensures devastation. Denial of COVID-19 treatment and vaccines practically ensures annihilation.

Meanwhile, Indian citizens are being relocated into the region. Under the “Jammu and Kashmir Grant of Domicile Certificate (Procedures) Rules, 2020” millions of certificates have been issued to Indian citizens. Land, property, religion, culture and lives of IIOJK citizens are being extinguished. It was India that took the matter to UNSC to hold a plebiscite. Should a public forum be allowed on whether IIOJK should remain part of India or be transferred to Pakistan, Modi wants to ensure he has the votes to support his will.

Modi claims he is exercising the “Public Safety Act” to prevent disturbances. In truth, his unwarranted aggression against the Muslim citizens is fueling the flames of discontent. Political leaders have been detained. India’s emphasis on detaining moderate Kashmiri leaders is for the sole purpose of isolating and providing calming influences on the population.

Pushed beyond the limits of reason and isolated from their moderate leaders, the citizens of the IIOJK have risen up to demonstrate against oppression and genocide. The result has been brutal suppression by military forces Modi has stationed in the region.

Many residents have been killed. To date, over 3,700 Kashmiris have been injured, many by the pellets of buck-shot that can rip out eyes and flesh off a dozen parts of the body with just one round. At least 15,000 citizens have been subjected to arbitrary arrests. While in custody, hundreds have reportedly been tortured.

It is recognized that gaining long-term stability on the Indian sub-continent is very critical. Kashmir’s borders include Pakistan, India, and China. All three are nuclear powers and have strained relationships with each other. It must also be recognized that 30 years before World War I, Bismarck assessed the Balkans as such a volatile region that one spark could ignite a war that would consume the entire globe. Today, the Jammu-Kashmir region holds that same volatility for Asia and the world.

This, plus the escalation of cross-border tensions with Pakistan, are nothing less than intentional sparks. Refusing to accept Pakistani Prime Minister Imran Khan’s call for “two steps toward peace,” Modi is determined to start a conflict. Modi is stirring up of trouble will likely serve as justification for further military action.

Concerning Modi actions, the United States has failed to examine the past, observe the present and predict the future. Today, it is the citizens of IIOJK who are paying the price of these failures.

Colonel Wes Martin (Ret.) served as senior anti-terrorism officer for all Coalition Forces in Iraq. He has also served in law enforcement and detention operations positions, both as a military officer and as a civilian in North America, Europe and Asia. His studies in genocide and massacres include Rwandan civil war, Japanese atrocities in China and Korea from 1905 to 1945, the German holocaust, Iranian government murdering of its own citizens, Iraqi government atrocities during and after Baath Party rule and U.S. military atrocities at Sand Creek, Washita and Ludlow. This includes on-ground research and investigations. He has testified before U.S. House and Senate subcommittees as well as parliaments of the United Kingdom, Canada, and the European Union. Martin is also a board member of the International in Search of Justice Committee.

Source: Why the US should take a firm stance with India