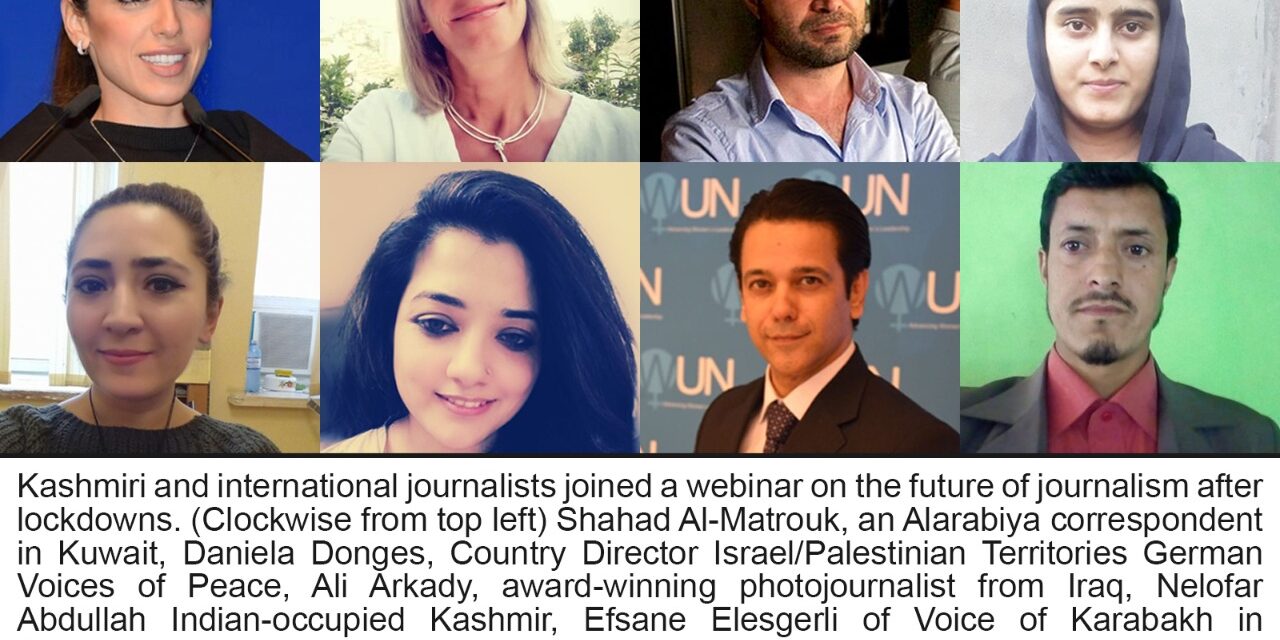 ISLAMABAD– Journalists from several countries came together in a webinar that discussed lockdown restrictions and the future of journalism in varied countries and conflict zones, including Iraq, Israel and Palestinian territories, Azerbaijan, and Kashmir.

The webinar was also a rare occasion to have journalists working in different conflict zones to sit on one table and learn from each other’s perspectives and experiences. Award-winning Iraqi photojournalist Ali Arkady, the whistleblower who uncovered torture cells run by security forces in Iraq, joined Nelofar Abdullah, a journalist who lives and works under the world’s longest lockdown in Indian-occupied Kashmir, and Daniela Donges, who works with journalists and activists as Country Director Israel and Palestinian territories for German Voices for Peace.

Journalist Efsane Elesgerli, a correspondent for the Voice of Karabakh newspaper, described to the participants the circumstances under which journalists and civilians are coping with renewed clashes with Armenia over the Karabakh region, where residents are opposed Armenian presence.

Nelofar Abdullah described incidents where Indian occupation soldiers harassed her at checkpoints during her normal media coverage work. She explained in detail how Kashmiris are coping with the ban on fast-speed internet and are adjusting their lives around 2G speed. Kashmir has around eight million people who have to live with 2G. This has affected I.T. industry, online education, and some medical services.

Daniela Donges, Country Director Israel and Palestinian territories for German Voices for Peace, just completed her two-year stay at the city of Bethlehem, which is part of occupied Palestinian lands in dispute between Israel and the Palestinians.

She described how the health emergency, the lockdowns, and the occupation have combined to create an economic crisis that could explode in the face of both Palestinian and Israeli authorities. 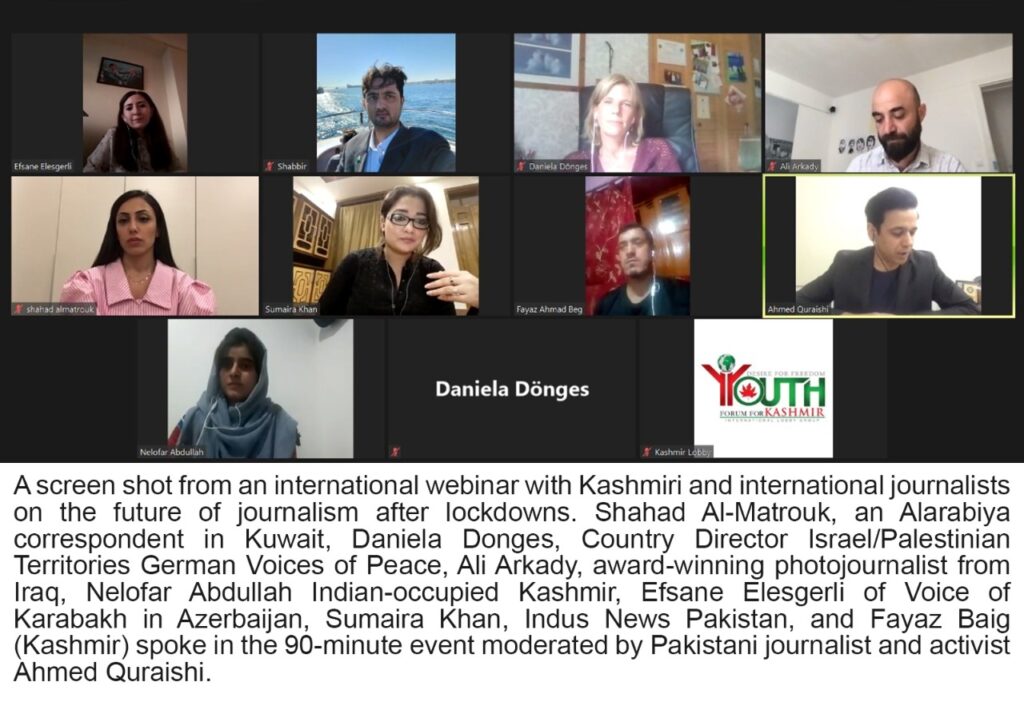 To one question, Ali Arkady declined to reveal where he is living in asylum in Europe due to security and safety reasons. Arkady said that some security officials in Iraq have affiliations to extremist militias and are covertly working for other countries. He said he is optimistic that the coverage his work has received in international media will act as an instrument of accountability for everyone involved in human rights violations in Iraq.

Sumaira Khan, a correspondent for Indus World television was full of praise for the Pakistani government for its handling of the pandemic. She called for regulation to stem disinformation in a health crisis.

The situation for the media in the Gulf region is different in that there is a mushrooming of modern digital and broadcast media but not as much difficulties for journalists under lockdown thanks to the availability of high-speed internet, said Shahad Al-Matrouk, the Kuwait correspondent for the Dubai-based Al-Arabiya. She explained in detail her experience working under lockdown.

Rare Photo Exhibit Marks 72nd Anniversary of UN Resolution on Kashmir Referendum
January 5, 2021
Go to Top
We use cookies to ensure that we give you the best experience on our website. If you continue to use this site we will assume that you are happy with it.OkPrivacy policy