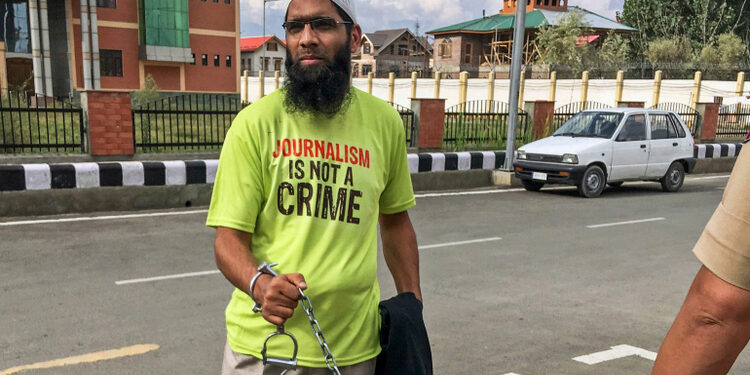 This month, Aasif Sultan, a journalist from Indian-administered Kashmir, completed 1,000 days in prison since his arrest in August 2018 under the Unlawful Activities (Prevention) Act or UAPA, a stringent anti-terror law.

Sultan, 34, who worked as an assistant editor for a Srinagar-based English magazine, is accused of “harbouring known militants”, an allegation he denies. He has also been charged with murder, attempt to murder and other crimes.

But Sultan’s family and the editor of Kashmir Narrator, the magazine he worked for, deny the accusations, saying he was arrested for his journalistic work, particularly for a story titled The Rise of Burhan, which he wrote for his magazine in July 2018.

In the 4,000-word story on the killing of Kashmiri rebel commander Burhan Wani in 2016 by Indian security forces, Sultan wrote why the 22-year-old rebel had proved to be “more dangerous” for India “in his grave than in his living room”.

Hundreds Gathered At The UN Demanding Freedom From Indian Occupation
By YFK Admin May 31, 2021