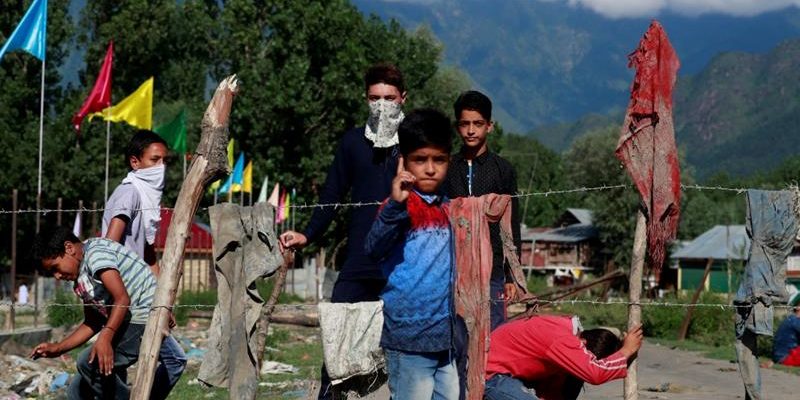 For more than a week, the young men of Soura, a densely-populated enclave in Indian-administered Kashmir’s main city of Srinagar, have been taking turns to maintain a round-the-clock vigil at the entry points to their neighbourhood.

Each of the dozen or so entrances have been blocked with makeshift barricades of bricks, corrugated metal sheets, wooden slabs and felled tree trunks. Groups of youths armed with stones congregate behind the biggest obstacles.

Their aim: to keep Indian security forces, and particularly the paramilitary police, out of the area.

“We have no voice. We are exploding from within,” said Ejaz, 25, who, like many other residents in Soura interviewed by Reuters news agency, gave only one name, saying he feared arrest.