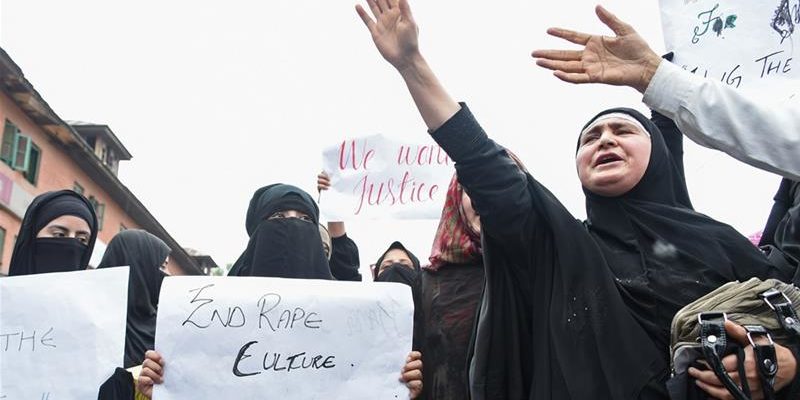 Thousands protest in Kashmir over rape of three-year-old

Police said the girl was hospitalised in critical condition on May 8 but her condition has stabilised. Thousands of people have taken to the streets in Indian-administered Kashmir, angered by the alleged rape of a three-year-old girl by a neighbour who lured her to a school bathroom, which escalated into intense clashes between protesters and government forces.

Top local administrator Baseer Khan said on Monday that police arrested the suspect in a village in Sumbal town and a fast-track inquiry is under way.

Police said the girl was hospitalised in critical condition on May 8 but her condition has stabilised.

Protests erupted on Sunday and spread to new areas on Monday after the suspect’s family produced a school-issued birth certificate giving his age as 13.