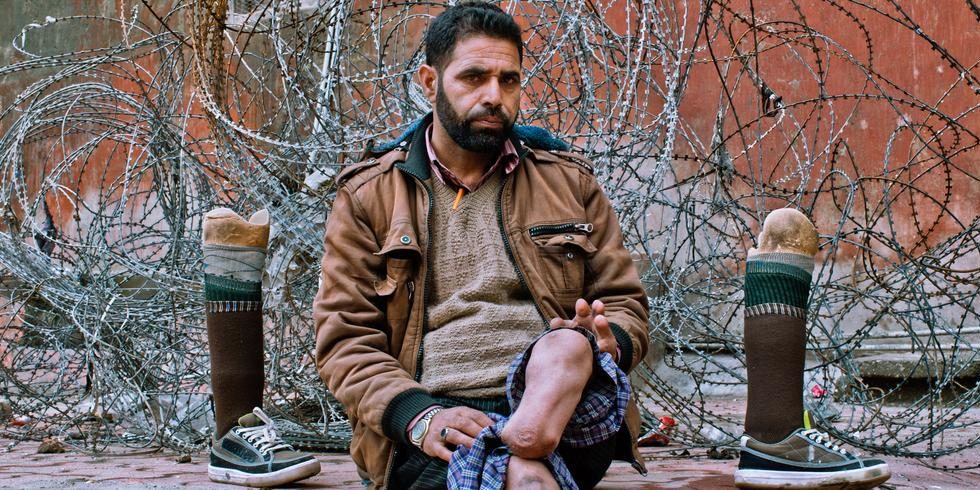 Wounds that never heal: what torture in Kashmir says about India

Torture may shatter the world of its Kashmiri victims, but it is Indian society that is becoming irretrievably corroded. In the 2012 UK Channel Four documentary film Kashmir’s Torture Trail by Jezza Neumann, an older-looking Kashmiri man Qalandar Khatana enters a room supported on crutches.

Both his feet are missing, and his legs just above where his ankles should be are heavily bandaged. The bandages look damp with a mix of betadine disinfectant, dirt, and coagulated blood. The wounds look old but still raw, and you feel the twinge as he struggles to sit down with pain visible on his face.

A local Kashmiri interviewer asks him to tell his account. Twenty years previously in 1992, Khatana was grabbed by the Indian paramilitary Border Security Force from his native village in North Kashmir and brought to the capital Srinagar for “interrogation.”

They accused him of being a “guide” for local militants crossing over the border that divides Kashmir between India and Pakistan. His world-shattering ordeal had just begun.