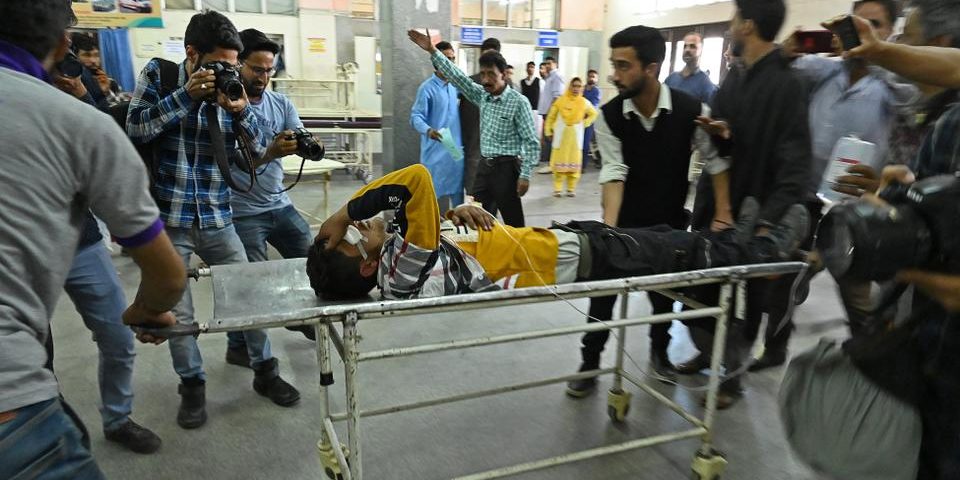 Thousands of villagers poured onto roads on Wednesday as two suspected rebels fought a gun battle with Indian soldiers from inside a house in the Kulgam area of Kashmir Valley.

Protesters pelted Indian troops with stones to give the fighters cover to escape, they said.

Fifty people were taken to a local hospital after Indian forces fired shotgun pellets and live bullets to push the protesters back, witnesses and hospital officials told AFP news agency.