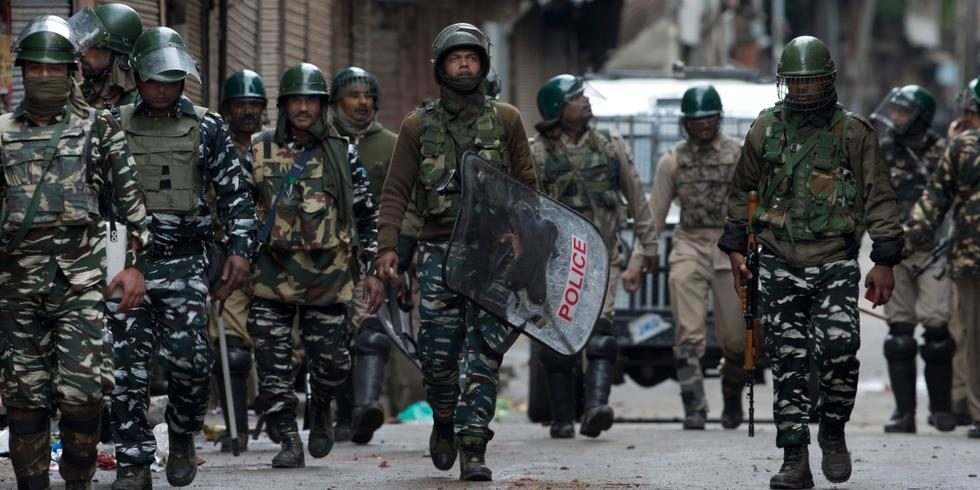 Although the country’s far-right has always derived its strength from dehumanising Kashmir’s right to self-determination, the “secular” parties oversaw worse atrocities against the Kashmiri people when they were in power.

Ahead of the Indian parliamentary elections, several grim commentaries appeared in a few Indian media outlets, which have retained some independence under the boa constrictor-like grip of the Hindu nationalist Bharatiya Janata Party (BJP), which was re-elected by a comfortable majority on Thursday.

Narendra Modi’s second term in power, these pieces warned, would mean an end of the ‘secular and inclusive’ India.  A militaristic, majoritarian Hindu nation would spell disaster for the country’s carefully cultivated image as the world’s largest democracy, however flawed. The myriad social, religious and economic divisions would only deepen. Religious (read anti-Muslim) violence would be normalised.

Nowhere does this doom-laden writing appear as ludicrous as in the disputed Jammu and Kashmir, where a 30-year-old anti-India insurgency shows no signs of abating. One of the biggest worries of these liberal commentators is that India’s institutions—executive, judiciary, academia, army—would be transformed beyond recognition in Modi’s second term. However, at this point in time, these are essentially only fears about the future of their nation. In Kashmir, such fears have been a fait accompli.