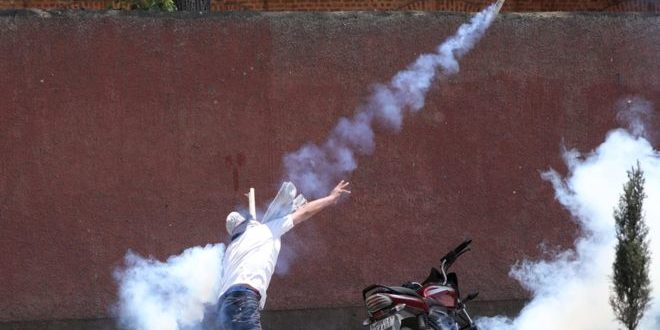 Huge protests have continued for the third day in Indian-administered Kashmir with people demanding the death penalty for a man who allegedly raped a three-year-old girl.

“The accused had tried to flee, but we caught him,” the girl’s father told BBC Hindi. He said the man was a neighbour and the police had arrested him.

Thousands of people took to the streets on Monday, and dozens were left injured after police used teargas on crowds.

There had been protests on Sunday too.

Schools and colleges were closed in the Bandipore region as protests continued on Tuesday.

The Kashmir valley also came to a halt on Monday, with protesters clashing with police and paramilitary forces at several places, and schools and businesses shut across the region.

Police told local media that the accused had lured the child into a nearby school and raped her there last week.